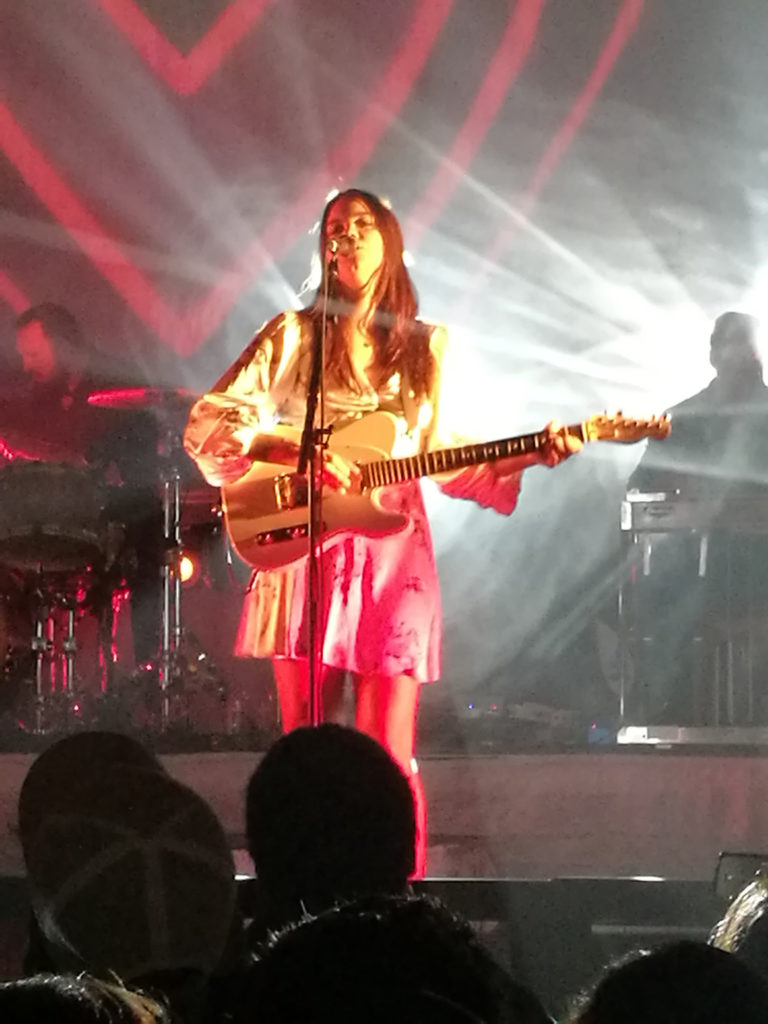 The night started off at 8pm with the lights dimming down. The crowd let out a cheer as the speakers played the intro music for the opening artist. Back blankets and sheets covered the near entirety of the stage and instruments of the band. We waited in anticipation to see which instruments would be revealed to us as the sound crew took to the stage with the artist. Julia Jacklin, the singer songwriter from Australia walked from the sidelines with a smile and a small wave with all of the instruments she needed, which was an electric guitar in one hand and a cup of water in the other. Although she did not have a band with her, the guitar was more than enough to demonstrate the impactful-ness of her music. The lyrics to some of her songs criticizing modern society which was refreshing and done in a way that sounds familiar to most audiences. Jacklin’s voice also translates well from her recorded tracks to the stage, which just adds to the allure of seeing her live. It would have been more of a pleasure to see her with a band, but that just means we have to wait until she tours on her own for that. The highlight of her set was when she performed Eastwick, in which she explained came from watching “Dancing With the Stars.”

It was 2010 and a nice warm day in Austin when I first laid my eyes on First Aid Kit. The duo from Sweden had just come on stage with the sun in the sky and minimal clouds with two acoustic guitars. I had heard of them through a new music streaming site, but never dove to deep into their music. Since then I was hooked and have been following them since then. It has been a number of years and I have been fortunate to see them more recently, but this was all before their latest album, “Ruins,” came out. The album is poppier than their previous ones, but the direction is not too distant and still holds true to the band. Their stage performance was one that was only perfected due to having toured already for a number or years of course, but also matching their new sound while still respecting their old material. 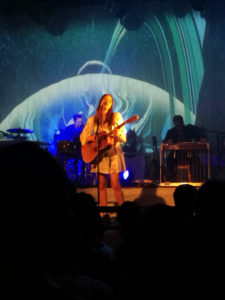 The setlist was fulfilling to all audiences which enjoyed their first album as well as newcomers from this album, starting off with “Distant Star.” Johanna Söderberg wore a black reflective little black dress which is a mild reminder of old country apparel as well as an electric guitar. Klara Söderberg was in a flower like dress and sported either an electric or acoustic guitar all night.

A giant projector in the background added clarity to the songs as animations were on for the more popular tracks by the band while for other song a barrage of lights and spinning disco balls took over. With it being more folk based music, First Aid Kit did not just mellow out the audience. Album versions of songs were amped up in this live performance which caused the audience to clap or sing along. This is not always common for a Monday night which demonstrates the showmanship of those on stage. 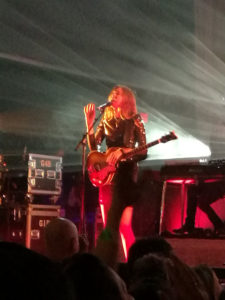 “You Are the Problem Here,” was released during International Women’s day in 2017. It was halfway through their set and the crowd was still clapping and enjoying the previous song, “Lion’s Roar,” when Kiara Söderberg began to talk to the audience explaining that the theme of the song is to focus on the mild sentencing of men who sexually assault women. “Why is the victim always the one that is questioned? Where were you? What were you wearing?” Then the song began with an uproar from the crowd, and although the song is one of the most direct and powerful one is lyrically by the duo, it was nothing like the version out on media platforms. There was raw intensity and fire from the women and men on stage at that time and was one of the main highlights of the night. It seems almost therapeutic to not just the band but also the audience as these strong words and condemnations towards those who do wrong filled the performance hall from the side speakers.

The night ended with a three song encore of Rebel Hearts which is the current single from their latest album. This was then followed by the 80s ballad song Firework, one of the other singles from, “Ruins,” which was topped off by ending the night with a lengthened version of Silver Lining.

Putting my nostalgia and biased aside, this band delivers more than just music. It is a show and spectacle to see them perform live. Their music and setlist flowed smoothly and created the perfect atmosphere to enjoy them. If you get a chance to see them, you should. 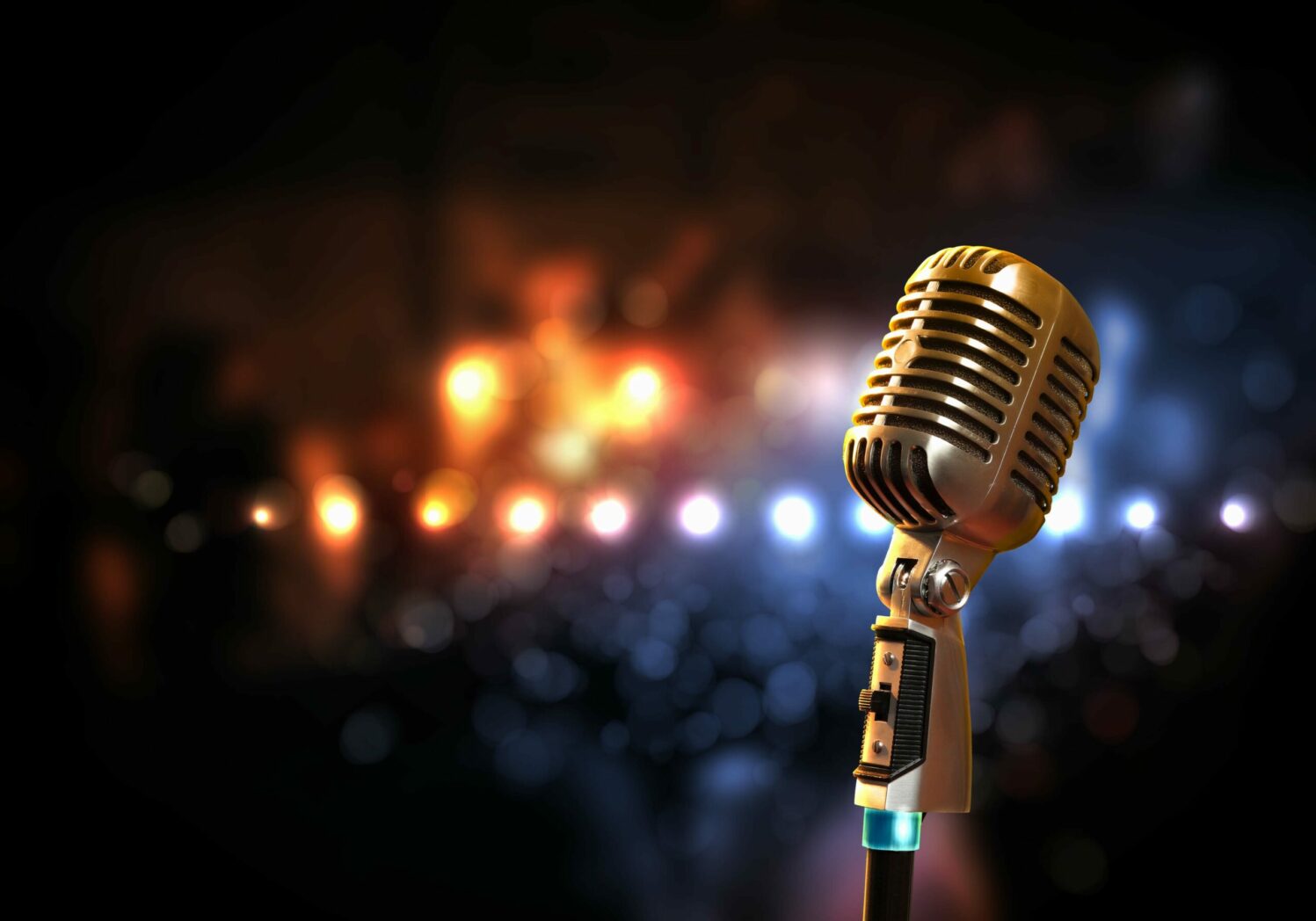 In meantime, shop our store! 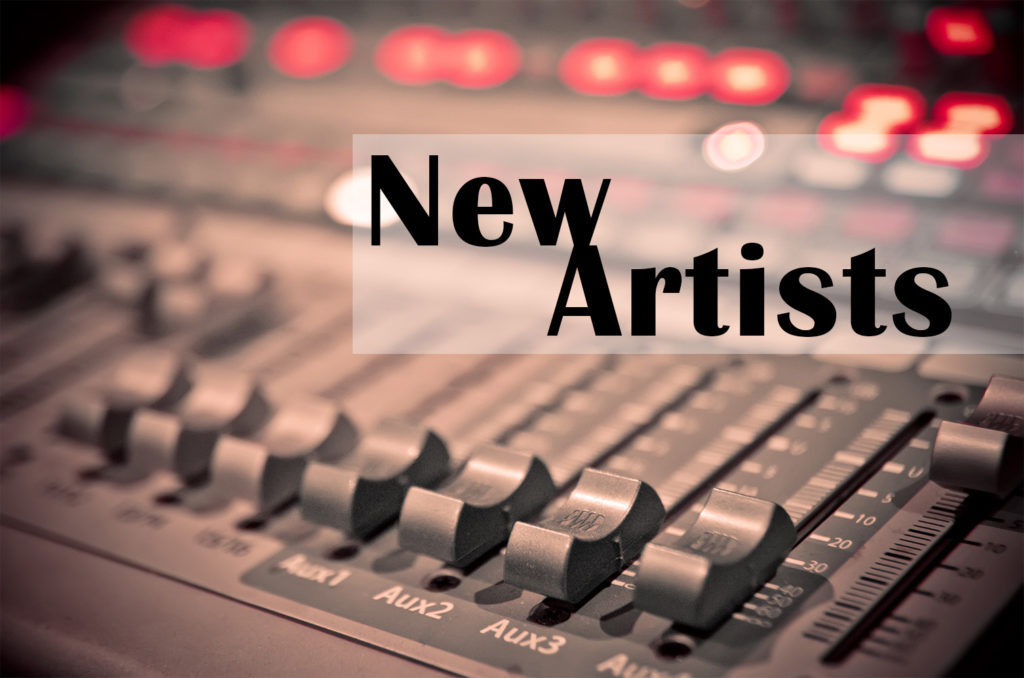 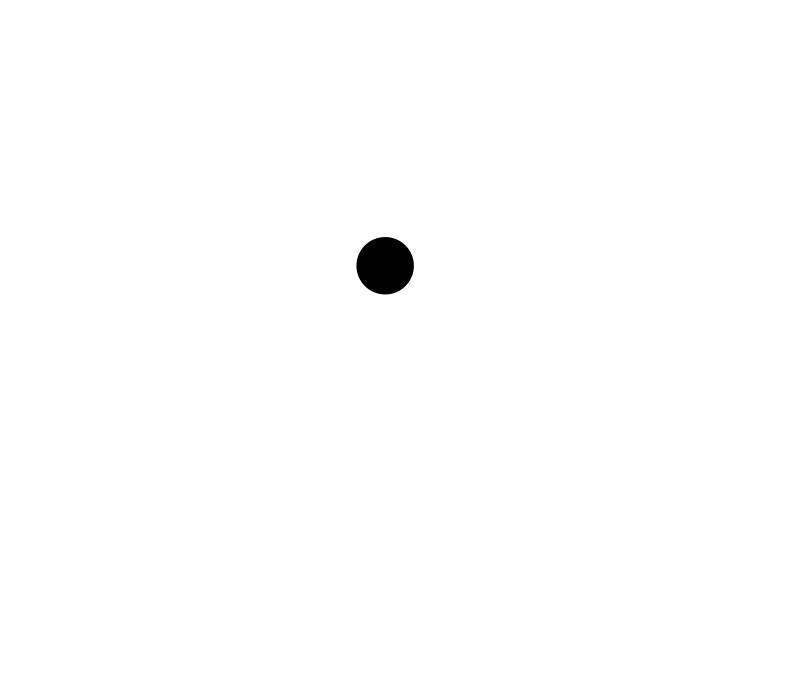 Free Shipping on Orders Over $49! Dismiss